With its strict selection process, Expertise.com continues to review and rank lawyers to ensure that we only recommend the best. We currently list over 6,500 lawyers serving the citizens of Texas in a variety of practice areas.

We decided to take a closer look at where each of these lawyers went to law school, and used their bar association number to determine which law schools they have attended.

We found that more than 5,160 – over 78% – went to a law school in Texas. Oklahoma and Louisiana were the two next most popular states, where 217 and 107 lawyers, respectively, received their legal education.

After sorting our list of law schools by the number of top lawyers that attended each educational institution, we found the nine best law schools in Texas for high quality graduates. These colleges and universities have proven the quality of legal education they offer through the achievements of their graduates in their respective practice areas. 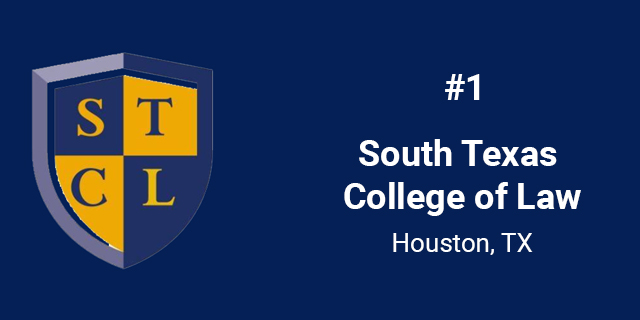 Established in 1923, South Texas College of Law Houston provides accessible legal education to its diverse population of students. This commitment has been recognized by National Jurist, listing the school among the best law schools in the nation for diversity. In fact, more than half of its student population comes from minority groups. 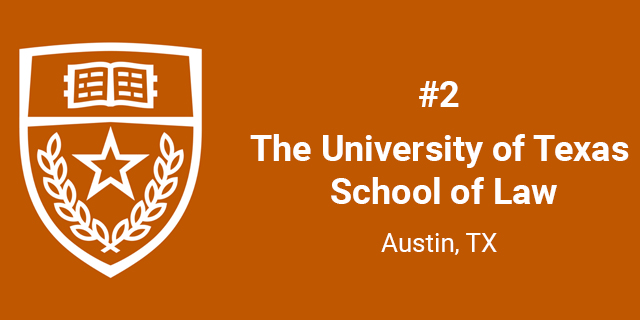 The University of Texas School of Law is committed to the professional training of future lawyers, providing them with a comprehensive understanding of laws and legal institutions. It hones competencies in areas like legal analysis and reasoning, written and oral communication in the legal context, and ethical responsibilities to clients and the legal system. The university also has a network of more than 25,000 alumni who give valuable guidance to law students under the Texas Law Mentoring Program.

The university has been ranked #1 for best starting salary-to-debt ratio of any law school by the U.S. News & World Report. It also offers combined JD and Master’s degrees in programs like Community and Regional Planning, Global Policy Studies, and Public Affairs. 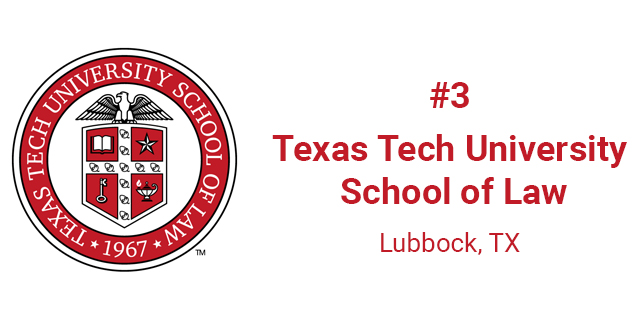 Texas Tech University School of Law equips its students with the values, knowledge, and skills to effectively and ethically practice law in a diverse and interconnected world. The school’s graduates possess an in-depth understanding of substantive and procedural law and are competent in problem-solving and legal research.

Texas Tech Law welcomes students who wish to specialize in specific and emerging fields like Cybersecurity Law, Intellectual Property Law, and Biosecurity Law. Its student Diversity Advisory Board also provides support for underrepresented student populations by creating collaborative learning environments and placing emphasis on the affirmation of identity. The Special Committee on Diversity, Equity, Inclusion, and Justice of the alumni association also helps in increasing awareness on issues related to diversity. 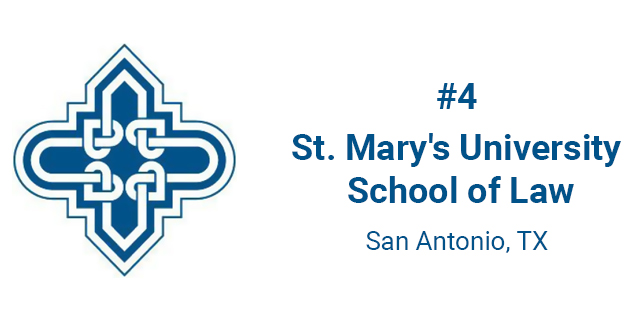 Founded in 1927, St. Mary’s University School of Law educates students with the practical skills that empower them to become effective advocates of social and legal justice. It has an active network of over 9,500 alums, and more than 500 of its graduates have served as judicial or elected officials.

The school teaches competencies in legal drafting and writing, public speaking, and applying canons of statutory interpretation. It offers joint-degree programs with J.D. and Master of Arts in International Relations, Theology, and Public Administration. Spring break cultural immersion in Mexico and summer studies in China or the Alps are also available.

St. Mary’s University School of Law has the 2nd highest Hispanic student population nationally, and 80% of its graduates have been employed within ten months in 2020. Its law students have also recorded more than 10,000 pro bono hours in the same year. 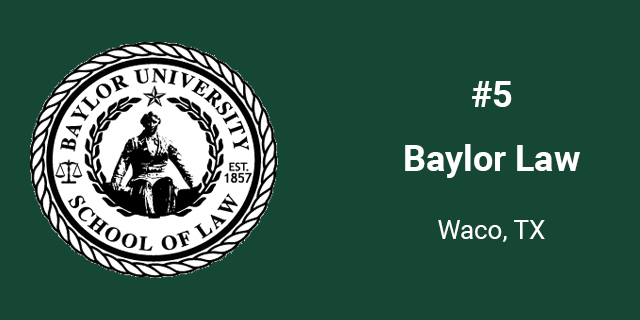 Formally organized in 1857, Baylor Law offers a student-focused legal education and develops lawyers who serve with compassion and practice law with competence. Graduates exhibit competencies in the development and implementation of plans for effective representation, trial and appellate procedures, and alternative dispute resolution.

The school’s commitment to pro bono service enables students to work in the community and gain hands-on experience in providing legal assistance to clients with real issues. It has law clinics for veterans, immigration, trial advocacy, estate planning, and intellectual property. It also offers the JD/MBA and JB/MTAX as dual degree programs in collaboration with the Hankamer School of Business. 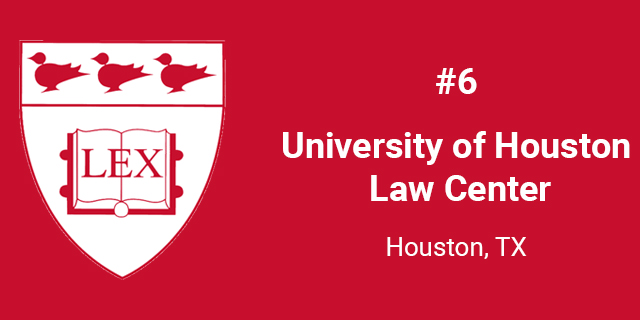 Ranked 5th in Health Law and 8th in Intellectual Property Law by the U.S. News & World Report, the University of Houston Law Center serves as a hub for innovative research that fuels policy discussions on various levels of governance. Founded in 1947, the university offers J.D., LL.M., and concurrent degrees and has more than 13,000 alumni.

Students have the opportunity to serve members of the community who require legal assistance through UHLC’s nationally-ranked training programs, which include civil practice, entrepreneurship and community economic development, appellate civil rights, criminal defense, and military justice. UHLC also supports youth of color in the school, dependency, and delinquency systems through policies, training, and courses. 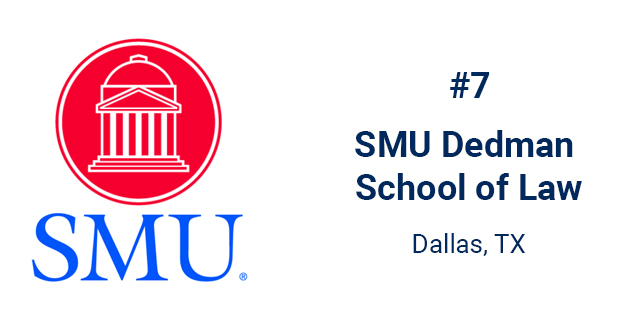 SMU’s law graduates had an 85.19% passing rate for first-time takers on the 2020 bar exam. Among its alumni are six Justices in the Supreme Court of Texas and justices in the highest courts of the Philippines and Taiwan. 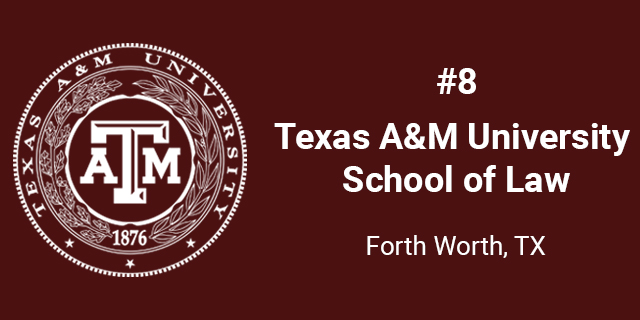 Some of its faculty and staff have been recognized for their contributions to diversity and inclusion. Professor Brian N. Larson is a recipient of the Aggie Allies Rainbow Award for his role in educating the university community regarding LGBTQ+ issues. Assistant Director of Admissions Natalia Cashen speaks on improving access of underrepresented groups to legal education, and is also one of the founding members of the Latinx Law School Admissions Professionals Network. 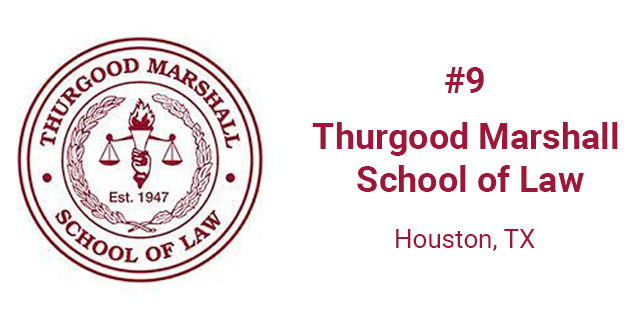 Thurgood Marshall School of Law produces the most African-American attorneys in Texas and ranks among the top five schools within the nation in the number of African-American Law graduates. It continues its legacy as a historically-black institution by shaping its ethnically diverse student population into advocates of positive change in a global society.

Morris Overstreet, the first African-American elected to a statewide office in the history of Texas, is an alumnus of the school. Other notable alumni include Senior United States district judge Kenneth Hoyt and career lawyer Harry Johnson.

Expertise.com Staff
At Expertise.com, we're passionate about guiding people to find the best in life, whether they're researching how to start a small business, planning a home remodeling project, or discovering a new hobby.